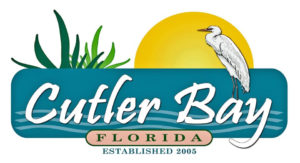 Cutler Bay is an incorporated town in Miami-Dade County, Florida established in 2005, with a current population of approximately 44,300. The borders were established as running from SW 184th Street (Eureka Dr) east of US 1 to the coast, and north of Black Point Marina, at 25°34′50″N 80°20′48″W. The town includes areas formerly known as Cutler Ridge.

In August 1992, Hurricane Andrew made landfall near the area and caused much destruction.

Cutler Ridge, an ancient coral formation, stretches from south Miami, where it rises approximately 22 feet, through the Cutler Bay area, at a height of 14 feet, to Homestead, Florida, where it is about 8 feet. Cutler Ridge has been incorporated into the hurricane emergency plans for the area as lands east of the ridge are subject to storm surge, but areas west of the ridge would generally be protected.

The location could not be found.
Copyright 2022 Royal Palm Real Estate Services